Oftadeh - React Personal Portfolio Responsive Template is an React app written entirely with Javascript and has no jQuery dependency.

React is the core of our template. If you don't know what React is or don't know how to use it, we strongly recommend checking the React before start doing anything with Oftadeh.

Create React App is a tool built by developers at Facebook to help you build React applications. It saves you from time- consuming setup and conguration.

This section will give you some information about what tools you will need.

To install and use Oftadeh React, you will need Node.js installed to your computer. We won't get into too much detail about Node.js as it's out of the scope of this documentation. Also you won't need to actually use Node.js, it's only required for the development process.

A.Installing Prerequisites
Download and install at least LTS or the latest version of Node.js from its web site.


This command will install all the required Node.js modules into the node_modules directory inside your work folder.
And now, you are ready to run the Oftadeh React for the first time.

While still in your work folder, run the following command in the console application:


And that's it. create-react-app will take care everything and start the Oftadeh React.
You can check out your console application to get further information about the server. By default, it will run on [http://localhost:3000](http://localhost:3000) but it might change depending on your setup

The following command builds the application into an output directory


compiles the application into /build directory

Here’s the project structure of the Oftadeh React: 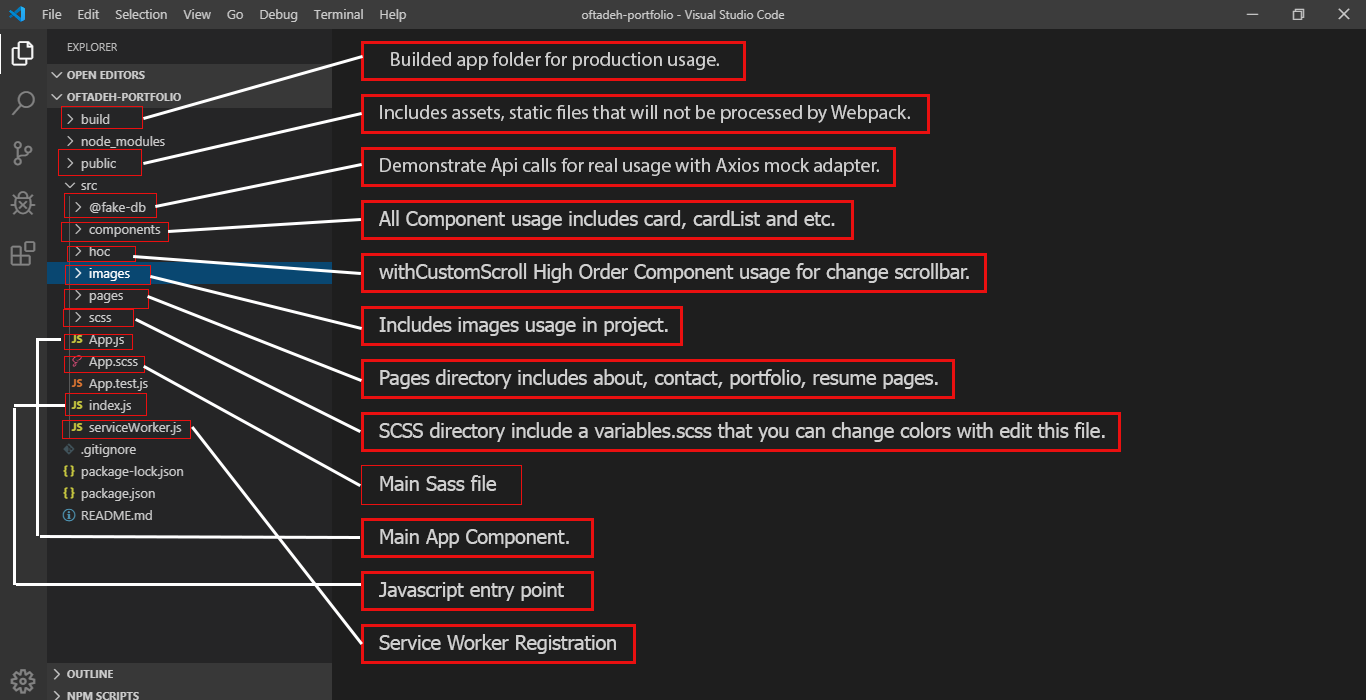 You can change colors and sizes , Sass variables of your app at src/SCSS/variables.scss 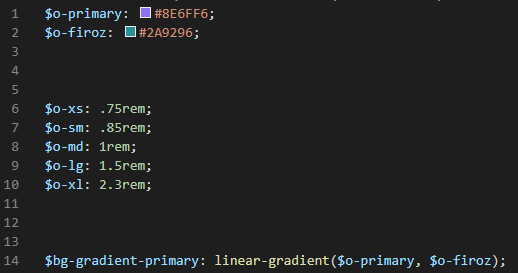 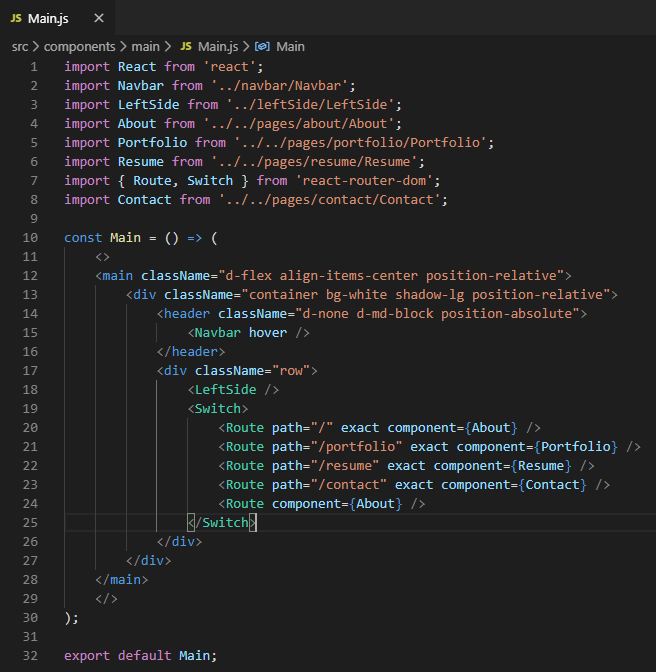 This project was bootstrapped with Create React App.

In the project directory, you can run:

Runs the app in the development mode.
Open http://localhost:3000 to view it in the browser.

The page will reload if you make edits.
You will also see any lint errors in the console.

Launches the test runner in the interactive watch mode.
See the section about running tests for more information.

The build is minified and the filenames include the hashes.
Your app is ready to be deployed!

See the section about deployment for more information.

Note: this is a one-way operation. Once you eject, you can’t go back!

If you aren’t satisfied with the build tool and configuration choices, you can eject at any time. This command will remove the single build dependency from your project.

Instead, it will copy all the configuration files and the transitive dependencies (Webpack, Babel, ESLint, etc) right into your project so you have full control over them. All of the commands except eject will still work, but they will point to the copied scripts so you can tweak them. At this point you’re on your own.

You don’t have to ever use eject. The curated feature set is suitable for small and middle deployments, and you shouldn’t feel obligated to use this feature. However we understand that this tool wouldn’t be useful if you couldn’t customize it when you are ready for it.

You can learn more in the Create React App documentation.

To learn React, check out the React documentation.

This section has moved here: https://facebook.github.io/create-react-app/docs/code-splitting

This section has moved here: https://facebook.github.io/create-react-app/docs/analyzing-the-bundle-size

This section has moved here: https://facebook.github.io/create-react-app/docs/making-a-progressive-web-app

This section has moved here: https://facebook.github.io/create-react-app/docs/advanced-configuration

This section has moved here: https://facebook.github.io/create-react-app/docs/deployment

This section has moved here: https://facebook.github.io/create-react-app/docs/troubleshooting#npm-run-build-fails-to-minify

You can donate to us. link for donate

All things that you must learn about it to run on the road into the front-end world.