Talk to u later

Imagine its your girlfriend's birthday tomorrow. (No offense if you're single. You can still imagine. :p )

You had a very long day at work and thus, all you wanna do is go to bed once you reach home. But you know you have to wish her exactly at 00:00 because idk, its like the golden rule of relationship.

What do you do? You'll probably be a good lad and stay up all night just to wish her a happy birthday on Facebook and make her feel "special" (lol).

I assume you have following things installed already:

In the next terminal window

sudo apt install redis-server if you are on linux. Check out Redis Website for more details.

Check if Redis is up!

This should show you the result PONG

In the same terminal

In yet another terminal window, run

Open your browser and go to

That's it. Now you can send delayed Facebook messages!

WARNING!!!: If you schedule the time to the past, the application will cause distortion in time and space which might ultimately lead you to an alternate universe. :p 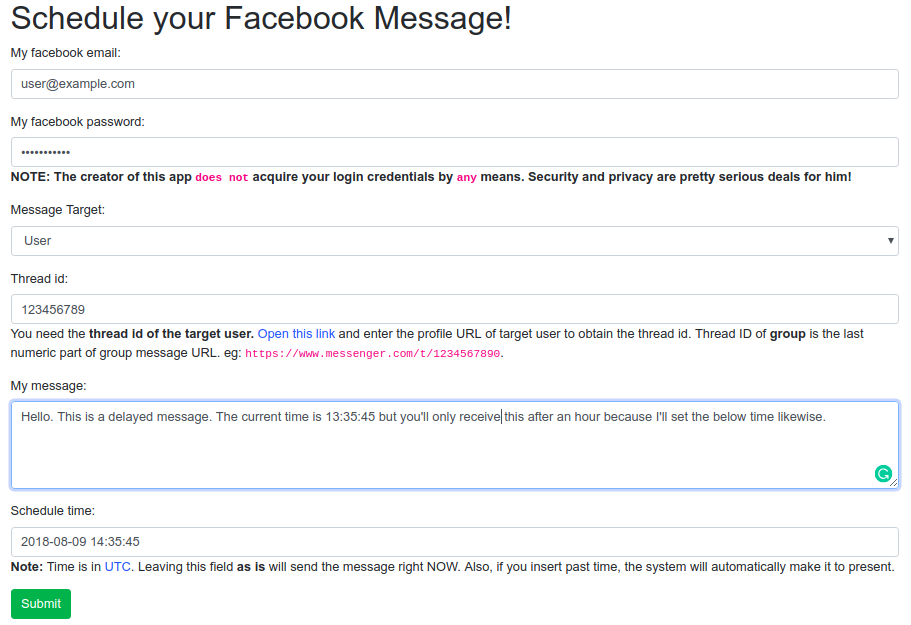 Build REST APIs with Neo4j and Flask, as quickly as possible!